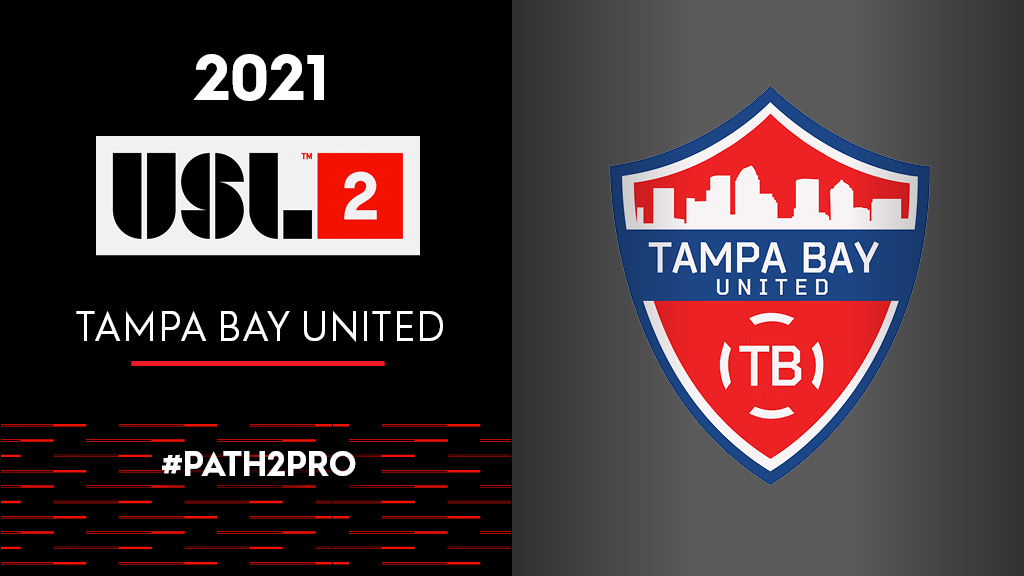 TAMPA, Fla.- The United Soccer League (USL) today announced Tampa Bay United (TBU) as the latest club to join USL League Two. Based in the city of Tampa, the club will compete in the Southeast Division alongside five fellow clubs from the Sunshine State beginning in the 2021 season.

“The addition of Tampa Bay United is great news for the League and the elite pre-professional landscape within central Florida,” said USL League Two Vice President Joel Nash. “We’re confident that the club and its staff will provide a platform for local players to achieve their professional soccer aspirations and contribute to the growing contingent of players achieving professional success out of the region.”

Tampa Bay United is dedicated to the development of the sport of soccer from the youth player through adult levels. Tampa Bay United’s mission to grow the game is rooted in its core values of integrity, commitment, respect, adaptability, passion and creativity, which can be evidenced by the club’s presence both on and off the pitch. Through its existing network of strong leadership and staff, TBU has created an environment of maximum effort and fair play by imparting knowledge, respect and a life-long love for the game on its players.

Through membership in USL League Two, Tampa Bay United will be able to advance on its commitment to grow the game by providing players more opportunities to advance within the American soccer system.

“Tampa Bay United is excited for the opportunity to compete in USL League Two for the upcoming season,” said Brian Johnson, TBU Boys Technical Director and USL League Two Head Coach. “This team will be the capstone program for our club and will offer a proven pathway for players in the greater Tampa Bay area, as well as our current TBU Academy players.”

In joining League Two, Tampa Bay United will offer a proven pathway to professional soccer for its players, both those at the elite collegiate level and the top academy-age players in central Florida. On top of the valuable experience of playing in the nation’s most competitive pre-professional environment, League Two also provides growth opportunities for its coaches, executives and communities.